You are here: Home / Archives for Brainstorm 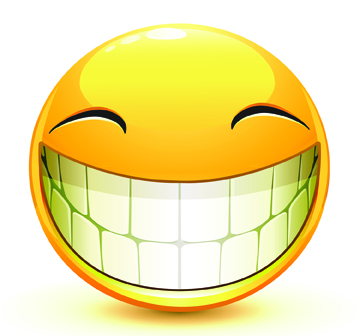 Be sure to follow the Brainstorm Question of the Day starting tomorrow!  Why?  Well, that would be telling.  It will have a HUGE impact on your Wednesday comic purchases.  So, be sure to join us tomorrow morning at 7 am in order to find out how.

Magic: The Gathering Booster draft!  3 packs for $12 with prize support!  How much prize support?  That depends on you!  Bring some friends and increase the prize pool!  Games will start at 6:30. Starting this Friday, we are also taking pre-orders for Dragons of Tarkir.  Place your order for the low, LOW cost of $95.

Forbidden Desert!  Join us to learn how to play this co-operative game.  You and your colleagues have crashed in the desert.  In order to escape, you must collect the necessary pieces of your vehicle.  Can you survive the Forbidden Desert or will you become another victim of its merciless wrath?  Find out this Saturday.  Games will start at 3 pm and will conclude at 6 pm.  The more the merrier!

Check out the fun of Forbidden Desert here as well– https://www.youtube.com/watch?v=lMLP0gn4I6k

Here we have a very memorable team-up.  No, not the Avengers and the Guardians of the Galaxy, but Brian Michael Bendis and Art Adams.  Their talents mesh well in this endeavor with Adams fitting a ridiculous amount of characters on the page.  Bendis does a great job of giving many individuals in the book a moment in the sun, some having great lines that the writer is known for.  If you’re a fan of large action books, you’ll love this one.  If there is any complaint, and I think it’s a minor one, it’s that there are too many characters.  But hey, we get Art Adams to draw the pieces, so that more than makes up for that criticism.

This title is highly recommended for fans of the movie as the comic is funny, action-packed and well-drawn.  The perfect storm of a comic.

First, the bad news–of the three Star Wars books currently on the shelves, this is probably the weakest.  The good news, however, is that it is still a high quality book. The other two books begin with more action and menace whereas this one commences with Leia maintain her royalty while becoming a leader in a more combat-intensive way.  She refuses to sit on the sidelines and be protected–this princess wants to protect a legacy.  Hopefully the two main characters continue to grow, allowing a strong relationship to form.

Terry and Rachel Dodson provide the terrific art that they’re known for as Mark Waid provides the foundation for a the growth of the title character.  While we know things about these characters from the movies and other media, there is a deepening of that understanding now.

If you’re a fan of the Star Wars universe or looking for a strong female character, this is definitely a book to pick up.

This book, by Jeff Lemire and Dustin Nguyen, is a blend of several different pieces of sci-fi we’ve seen previously.  At first, it strikes the reader as the type of genre-piece where robots and humans co-exist.  Then we move into an Independence Day type scenario before moving into the crux of the book.

The premise of the book is strong as it appears it will be about a young robot (a la A.I.) seeks to make sense of the world around him after some heavy losses.  Despite being robotic, the reader definitely feels for the lost character, especially once we get to the last page.  While a lot happens on the macro scale in the book, there isn’t much movement on the micro level, which is where the series seems like it will live.  Now that the writer has the foundation set in place, hopefully more puzzle pieces will fall into place.

If you like sci-fi stories, this is one you’ll want to read.  It has been optioned for a movie already, so don’t miss out before it explodes onto the silver screen some time in the future.  I can’t say the first issue will wow you, but it looks like things will pick up quickly in issue number two.

Sunday, March 8th Brainstorm Comics held it first charity Magic event at the William Talley Recreation Center. 21 Players came out ready to battle and show their support for Payson Silvio daughter of long time Brainstorm customer Jay Silvio who suffers from P.O.T.S. . The Tournament and the bake sale at the event combined to raise $450 Dollars which will go towards Payson’s mobility assist service dog. A special thank you goes out to everyone who supported this event!

Payson sitting at the Table of Goodies

Brainstorm Question of the Day: As always, Like the post once you know the answer. At 1 pm, start sharing your answers. William Moulton Marston was creator of Wonder Woman and an inventor. His famous character, and an invention he contributed to, have a connection. What is it?

It’s time for the Question of the Day!! This one is for all the gamers out there.

Gamers are used to both winning and
losing, but 7 years ago today they suffered a particularly devastating
loss. What was this loss?