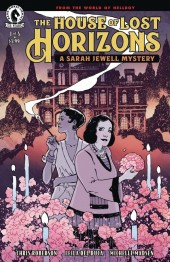 While I’ve enjoyed the Hellboy movies (okay, just most of them), I’ve never ventured into the comic but the premise to this one sounds intriguing and inviting even to a new reader to this world like me. We are given the familiar trope of being stuck with a many different suspicious characters as murders are taking place. Mignola adds a wrinkle by having them on this deserted island for the sole purpose of an auction of occult origins, though. The hook is too good to pass up. 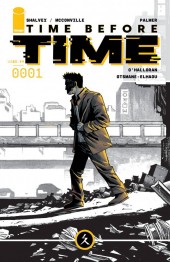 Time Before Time #1: So the solicit promises a combination of Saga and the movie Looper, which are some pretty lofty expectations being set. The future is a horrible place to be so citizens look to a mafia type group to smuggle them back in time to today, where things are much rosier than then. I’m super excited about this one because of the potential of the story. 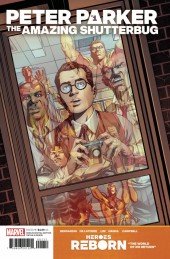 As a huge Superman fan, I couldn’t pass this one up. Stop me if this one sounds familiar–a young photographer at a world famous newspaper is the best friend of his superhero idol. No, not that guy–Hyperion. As a huge fan of Supreme Power during the J Michael Straczynski run, I’m interested in this new Heroes Reborn series where we see the Squadron Supreme in the center of the Marvel Universe. 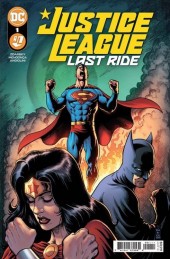 This is a brand new mini series from Chip Zdarsky. I believe that he is the hottest writer in comics right now. When he began writing for DC I was hoping that he would take on big characters and it doesn’t get much bigger than the Justice League. This story takes place after the League has disbanded and is forced to come back together for a criminal trial. Why did the Justice League break up? I have no idea but I can’t wait to find out.

This book is set in the year 2140 and centers on 2 characters named Tatsuo and Oscar, 2 friends who work for a criminal organization called the Syndicate. Like most criminal organizations if you pay them the right amount the smuggle you out of a bad situation. However, instead of just getting you out of town the Syndicate will send you back in time. Oscar and Tatsuo decide to steal one for themselves but soon realize it may be much more trouble than it’s worth. This is one of more interesting ideas I have heard this year in comics. I am very excited for this story. 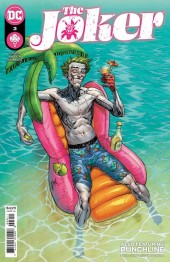 This is probably my favorite book set in the Batman/Gotham Tynion universe right now and Batman is barely in it. That speaks volumes about the quality of writing and the art involved. Both the main story and the backup are brilliantly told and Guillem March is creating visuals of the Joker that people will be talking about years from now. This series is a must read if you are a Batman fan or even DC fan who usually steers clear from the Caped Crusader. This book has something for everyone. 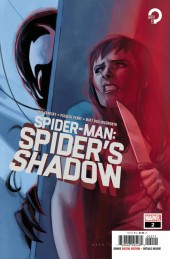 Jake and I really enjoyed issue 1 of this series so we have high hopes for this one. Chip Zdarsky is weaving a compelling and interesting showing us a world where Peter Parker accepted Venom. This book seems to be going to dark places, so while I’m ok with Jake reading it, I advise parents to read this one first and make up your own mind. 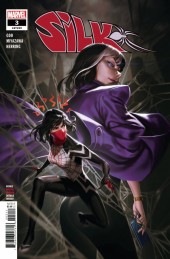 This series hooked us from issue 1. Silk is such a great and in our opinion underused character. This book is action packed and fun all around. Much easier to jump into right now than the main Spider-Man title. Highly recommend this one for a fun read. 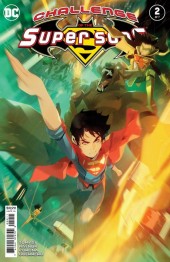 We loved the original run of Super Sons and this book delivers more of the same. Issue 1 wasted no time and got us right back into the action. These two characters are better together and this series shows it. Our top pick for a family read in the DC universe right now.

Justice league Last Ride- after the justice league disbanded due to a tragedy, the world needs them again. But can Batman and Superman bury the hatchet to save the world again? Chip Zdarsky has definitely been having a great year and I’m so excited to see what he does with the Justice League! 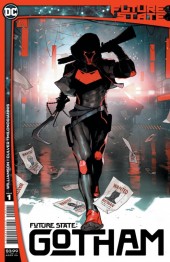 Red Hood is easily my favorite member of the Bat family so I’m always on board with a red hood Title. Red hood begins his hunt for the next Batman along with all the cast of future state to keep Gotham free of Vigilantes 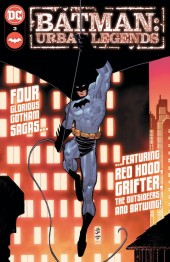 Another Chip Zdarsky title out! The amazing arc of red hood and Batman continues to be underway as they figure out what to do with the child. The outsiders also will come to a conclusion in this issue which will change the team for the newer era of infinite frontier!