Began collecting and reading comics at the age of 8. Comics helped start his love of action figure collecting and photography You’ll most often find Balmory at our downtown location. 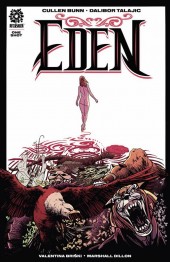 Whenever the name Cullen Bunn is attached to an independent comic book, you are almost guaranteed of two things: 1) a chilling suspense story and 2) I’m going to be checking it out. In this particular narrative a tattoo artist is sleepwalking through life until the titular Eden comes into his shop. The tattoos he renders for her mysteriously disappear in a matter of days. As Niles is drawn into Eden’s life, he comes to find there is much more to her than it initially seems. This is a prestige format one-shot. 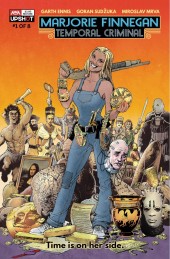 As I said when the first issue came out, I loved Skyward when that was coming out. The first issue of this new series set up the world very well, promising the main character will have many obstacles on her path to find her place in the world. The artwork in issue one accentuated the story perfectly, bringing those shadows to life in an ominous way. I’m really looking forward to reading issue #2. 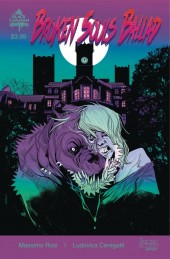 Have you ever felt that schools create monsters? In this book, St Abigail’s Institute takes teenagers and literally turns them into monsters through psychosomatic traumas that ignite special powers within them. They go off in their own in search of answers but things are never that easy. The group has caught the government’s attention and they want these powered children for their own. I’m looking forward to this one as it seems to have strains of X-Men by way of Runaways which isn’t a bad thing.

This is a one-shot written by Cullen Bunn. I am big fan of his work and this story has an interesting premise. Niles is a tattoo artist that is bored with his life until he meets the mysterious Eden. She changes everything but just how much will she change and how do her new tattoos disappear after a few days. Eden will drive Niles to the deepest depths of love and horror. This book asks the age old question, how far would you go for love? 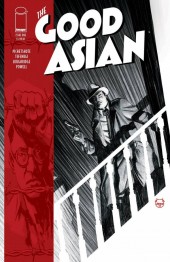 So this book makes my list this week mostly because I’m a sucker for old school crime noirs. This one has a very interesting premise and a different perspective than most noirs. This story follows Edison Hark-a haunted, self-loathing Chinese-American detective-on the trail of a killer in 1936 Chinatown, THE GOOD ASIAN is Chinatown noir starring the first generation of Americans to come of age under an immigration ban, the Chinese, as they’re besieged by rampant murders, abusive police, and a world that seemingly never changes.

Not your usual crime nor but I’m very interested to see where this story goes. 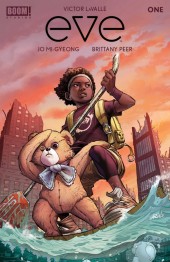 This book has me intrigued with it’s dystopian future and one child that can save the world gimmick. It gives me Undiscovered Country and Descender vibes (which are both amazing series if you haven’t read them yet). When the ice caps melted, most of humanity was lost to the hidden disease that was released. Now, a mysterious girl named Eve has awoken in secret and must deal with a world that’s nothing like the virtual reality she was raised in. In order to save her real father, Eve must embark on a deadly quest across the country, but she has no idea of the threats that await her – or the price she will pay to restore life to a dying planet.. 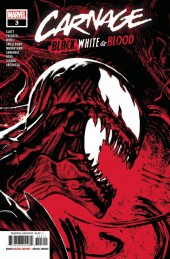 With King In Black done and Venom taking a break before the big wrap up; Carnage fills in for our Symbiote fix. Issues 1 & 2 have been great reads so we’re looking for more of the same here. There’s also a couple of cool variant covers for this one to look out for. 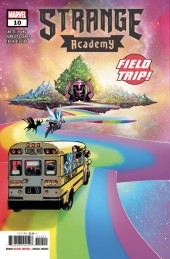 This book continues to deliver and be among our favorite reads month after month. This issue the students are off to Azgard for an official field trip. These characters are really coming into their own as the story progresses. Probably the best family read out there right now. 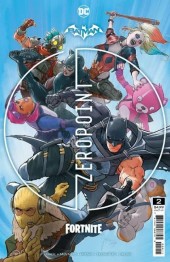 No this book isn’t just here for Jake. It’s actually a really fun read and crossover for these characters and worlds. Batman knows something is wrong and he’s being controlled. Looks like we get to see Batman do what he does best on the fortnite island. This is a great way to introduce kids to comics that otherwise may not be interested. Give it a try! Plus there’s another code for an awesome batman in game glider.

Another first appearance from Tynion IV with Miracle Molly! A brand new character that is involved with the insanity collective, a new group ready to make a name for themselves in Gotham after the Joker attack.

The squads new target is a young member of the Titans academy as Amanda Waller builds a lethal team with her eyes on the mysterious character of Red X and Bolt.

As Levi discovers the nature of his powers, what better place to learn than in the heart of the green. But the green is not just the home to swamp thing, it’s also the home of the dangerous poison ivy and a reluctant swamp thing spirit!