Who Are the Top 9 Deadliest Batman Villains? 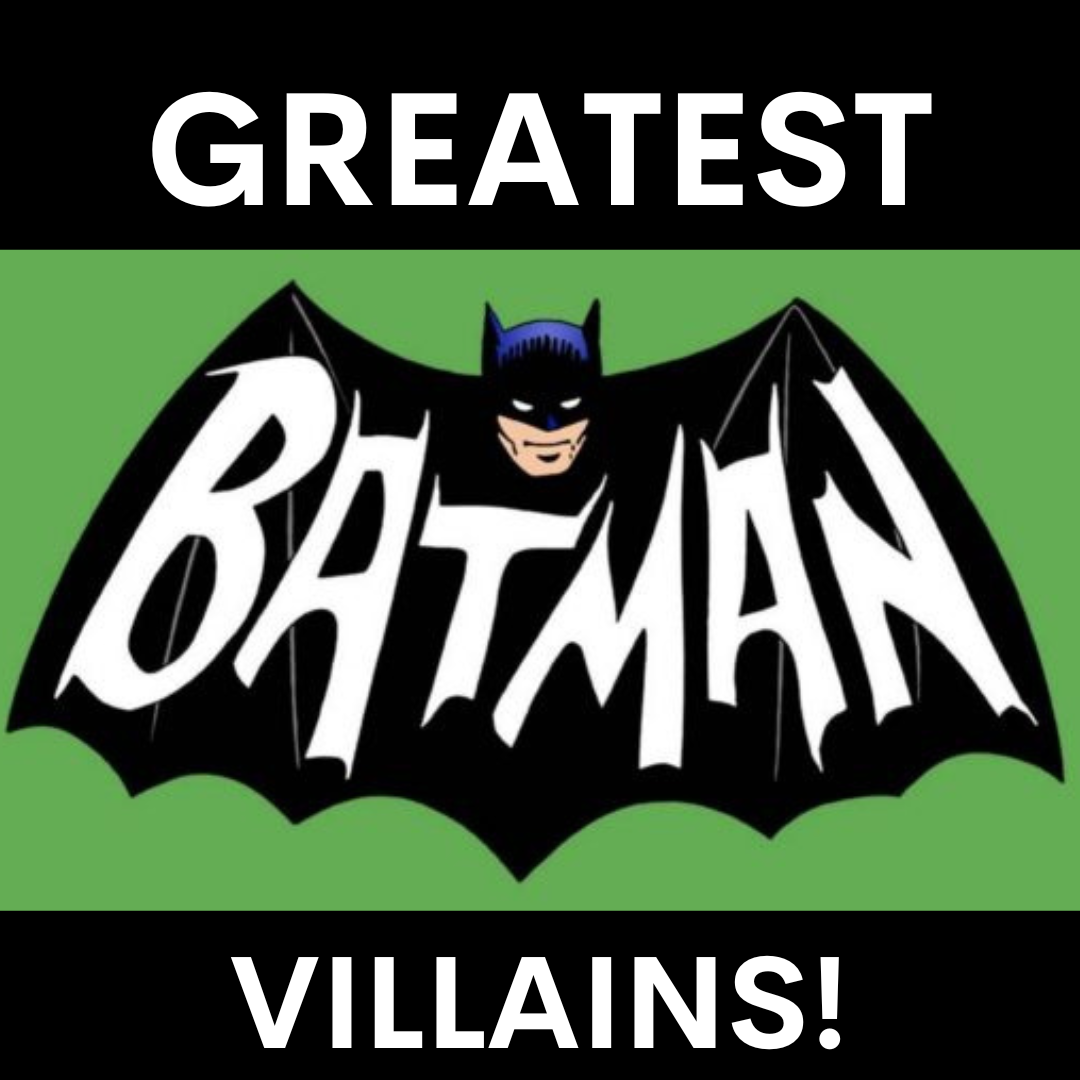 Batman, the Dark Knight of Gotham City, has had to face off against some of the most formidable villains known to comic books. From shapeshifting assassins to megalomaniacal super-scientists, the top batman villains have all contributed in one way or another to the legend of Bruce Wayne and his mighty alter-ego. Included on this list are nine of Batman’s most memorable foes: The Joker, Catwoman, The Riddler, Poison Ivy, Ra’s Al Ghul, Bane, Mr. Freeze, Clayface and Two-Face. Each villain presents a special challenge for Batman that he must confront with both bravery and intelligence. With that in mind, here is Brainstorm Comics and Gaming’s list of Batman’s Top 9 Deadliest Villains. Come into our store at 117 N Market in Frederick, Maryland to catch up on how Batman stops his rogues gallery!

The Riddler is a notorious Batman villain whose devious game of cat and mouse involves presenting the Dark Knight with riddles and puzzles. As one of the smartest psychos in the Batverse, The Riddler has an affinity for tricky clues that require intellectual prowess and tenacity to be solved. His method of crime-solving keeps this arch-nemesis one step ahead of Batman, often leading to thrilling action sequences as D.C.’s greatest detective races to find answers.

Dr. Jonathan Crane, more commonly known as the Scarecrow, is a dangerous and formidable villain in the Batman universe. He is a psychologist turned criminal who specializes in terror tactics, using fear as his weapon of choice. With his powerful fear toxin, he can cause hallucinations and paralyzing terror in any victim that comes in contact with it. Batman must use all of his courage and strength to overcome this villain’s intense psychological warfare and finally put an end to the Scarecrow’s reign of terror.

Dr. Victor Fries, aka Mr. Freeze, is an iconic Batman villain whose defining feature is his need for subzero temperatures in order to survive. Having suffered a terrible lab accident, he seeks revenge on those he believes are responsible for his condition and uses freezing technology to carry out his plan. With a tragic backstory and overwhelming motivation for vengeance, Mr. Freeze poses an emotionally as well as physically challenging foe that the Dark Knight must face head-on.

Dr. Pamela Isley, better known as her supervillain persona Poison Ivy, is one of Batman’s most iconic and dangerous enemies. She was once a botanist until a failed experiment gifted her with the power to manipulate plants. This allows her to control nature and use it to punish those she sees as damaging the environment, putting her in direct conflict with Batman. Poison Ivy’s charm, connection to nature and manipulation of the environment make her one of Gotham City’s most formidable foes.

Bane is one of the most fearsome villains for Batman to contend with. Physically imposing and highly intelligent, Bane has made it his mission to not only overpower Batman physically but also break him mentally. His signature story arc, “Knightfall,” saw him taking advantage of Batman’s weakened physical state to deliver the first mortal blow in their long-standing battle. By leveraging his brute strength and strategic mind, Bane continues to be one of Batman’s most dangerous adversaries.

First appearance: Batman #1 (as The Cat)

Catwoman, aka Selina Kyle, is one of Batman’s most formidable rivals. An accomplished thief and acrobat with a love-hate relationship with the Dark Knight, Catwoman has often assisted Batman on occasions but more often than not she is seen as being on the wrong side of the law. Her cunning and seductive nature make her a force to be reckoned with in battles, especially hand-to-hand combat. She adds an intriguing layer to the dynamic between her and Batman.

Recommended Catwoman Stories (This should include Catwoman: Lonely City as well–a great story)

Ra’s al Ghul is one of Batman’s most powerful and enduring villains. He has been around for centuries and is a master strategist, using his vast resources and league of assassins to achieve his goal of saving the planet from destruction by humanity. Ra’s has a personal connection to Batman as he was once Bruce Wayne’s mentor, which gives him an extra edge over his nemesis. With his centuries of knowledge and experience, Ra’s al Ghul makes an unbeatable foe for the Dark Knight as he must outwit him as well as physically defeat him.

Batman’s villain Two-Face is the result of a former Gotham City district attorney Harvey Dent’s fall from grace. After an acid attack, his dual personality is revealed along with his coin-tossing impulse to make decisions. As two faces of one being, Harvey embodies the battle between good and evil within every person. His complex story has made him an interesting and beloved villain in the Batman mythos.

Batman’s greatest enemy is the Joker. The Clown Prince of Crime is a master of chaos and insanity, regularly devising complex schemes to bedevil Batman and Gotham City. His unpredictable nature and willingness to cause destruction make him an intimidating villain for the Dark Knight. Furthermore, his maniacal laughter and sinister looks are enough to instill fear into the hearts of anyone who crosses his path.

The Dark Knight’s rogues gallery is legendary, filled with some of the most memorable characters in comics. Many readers have their own favorites, but the most iconic villain has to be the Joker. As Batman’s arch-nemesis and opposite, Joker presents a constant challenge that tests Bruce Wayne’s morals and detective skills. Other great villains include Poison Ivy, Bane, Catwoman, Ra’s Al Ghul, Harley Quinn and Two-Face, who all helped to create one of the greatest comic book universes ever created.