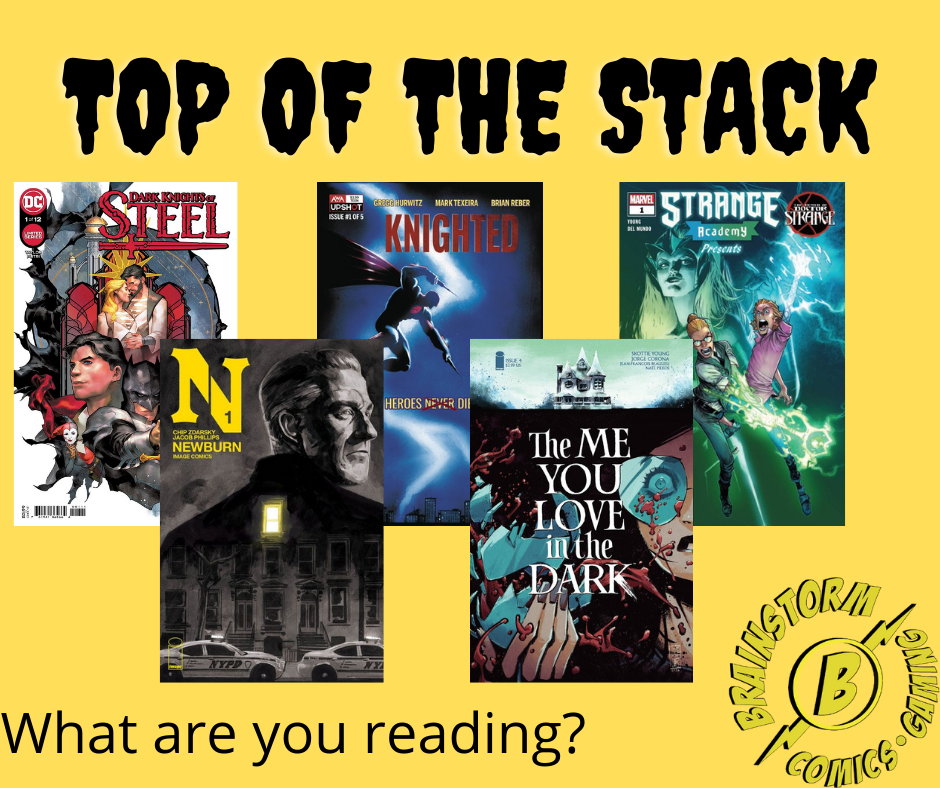 AN EPIC NEW ERA FOR THE SINISTER SYMBIOTE STARTS HERE! Hot off the heels of VENOM #200 and EXTREME CARNAGE, we’re closing out 2021 with one of the most ambitious books in symbiote history—an all-new VENOM from some of comics’ greatest talents! Marvel mainstay Al Ewing, who himself has just ended a character-redefining run on IMMORTAL HULK, is being joined by Ram V, a horror maestro all his own, to craft a mind-bending and gut-wrenching tale of symbiosis the likes of which the Marvel Universe has never seen! AS IF THAT WASN’T ENOUGH, they’ve been joined by industry legend Bryan Hitch, who is leaving IT ALL ON THE PAGE! We haven’t led you astray yet, have we? So trust us when we tell you that you have NEVER seen a VENOM like this!

Ram V is one of the best writers in comics right now with Laila Starr, Justice League Dark and Swamp Thing so I am very excited to see him one of my favorite characters in Venom! Joining the creative team alongside Ram V is Al Ewing who had a spectacular run on Immortal Hulk. Brand new starting point for the character that will introduce Dylan Brock as our new Lethal Protector!

The legendary story of Batman and Robin has reached nearly mythic proportions: the crime-fighting Dynamic Duo, always one step ahead of the criminals they pursue and never meeting a case too big. This isn’t that story. This is the story of a young Dick Grayson, newly orphaned, struggling to find his way in a strange, difficult, dark new world… This is the story of Robin and Batman. The bestselling creative team behind the Eisner-winning Descender, Jeff Lemire and Dustin Nguyen, reunite in Gotham City to tell the story of a remarkable young man learning to navigate an incredible new world!

This is a 3 issue mini-series focusing on Dick Grayson’s early start as Robin, before they became the Dynamic Duo that we all know and love. This series reunites the creators of Descender (an amazing series in its own right) Jeff Lemire and Dustin Nguyen. This looks like an awesome story focusing on a great character. Lemire is really great at focusing on character development and bringing out emotional depth to a character and this looks like a great opportunity for both. Don’t miss out!

MY DATE WITH MONSTERS #1

Seven years ago, an attempt to weaponize dreams resulted in holes being punched through the world we know and into the world of dreams. Nightmarish creatures now stalk the land, sprouting from (and killing) anyone unlucky enough to dream. The only way to save the world is for certain people to have their dreams come true.

Which is how Risa Harumi finds herself not only fighting monsters, but forced into finding true love. Monsters and modern dating? It feels like a nightmare either way, and the only help Risa has is a friendly-ish monster named Croak and her pre-teen daughter, Machi.

From Paul Tobin (BUNNY MASK) and Andy MacDonald (I BREATHED A BODY, Multiple Man), comes a unique story of one woman’s quest to save the world, if only she could learn the difference between love and monsters.

We live in a world where nation-states weaponize anything and everything possible–diseases, words, finances–so it wouldn’t be outside the realm of possibility to find a way to do the same with dreams. How would the world change in such a future? Would it be worth living in? This sounds like a unique take and hopefully poses big questions surrounding the central premise. This is one you don’t want to sleep on.